Skip to content
February 1, 2020February 1, 2020 ~ 1kindness2day
It is impossible to miss the coming of Spring if you’re in Singapore: there’s a riot of reds and golds, loads of seasonal (and fattening!) foods and snacks, dancing dragons, prancing lions and a few days off work.

Here’s a picture from my visit to Singapore’s Tanjong Pagar, a busy commercial hub.

This was taken in front of an office building.

It features the first 6 animals of the Chinese zodiac; the first animal of the zodiac cycle is the rat (this year’s animal), which is on the extreme left.

Sadly, a crowd prevented me from taking a picture of the remaining 6 animals on the other side.

But imagine coming to work and seeing these colours! Should put a real spring in your step!

I had the pleasure of a quick night time drive through Orchard Road in Singapore in mid-November. 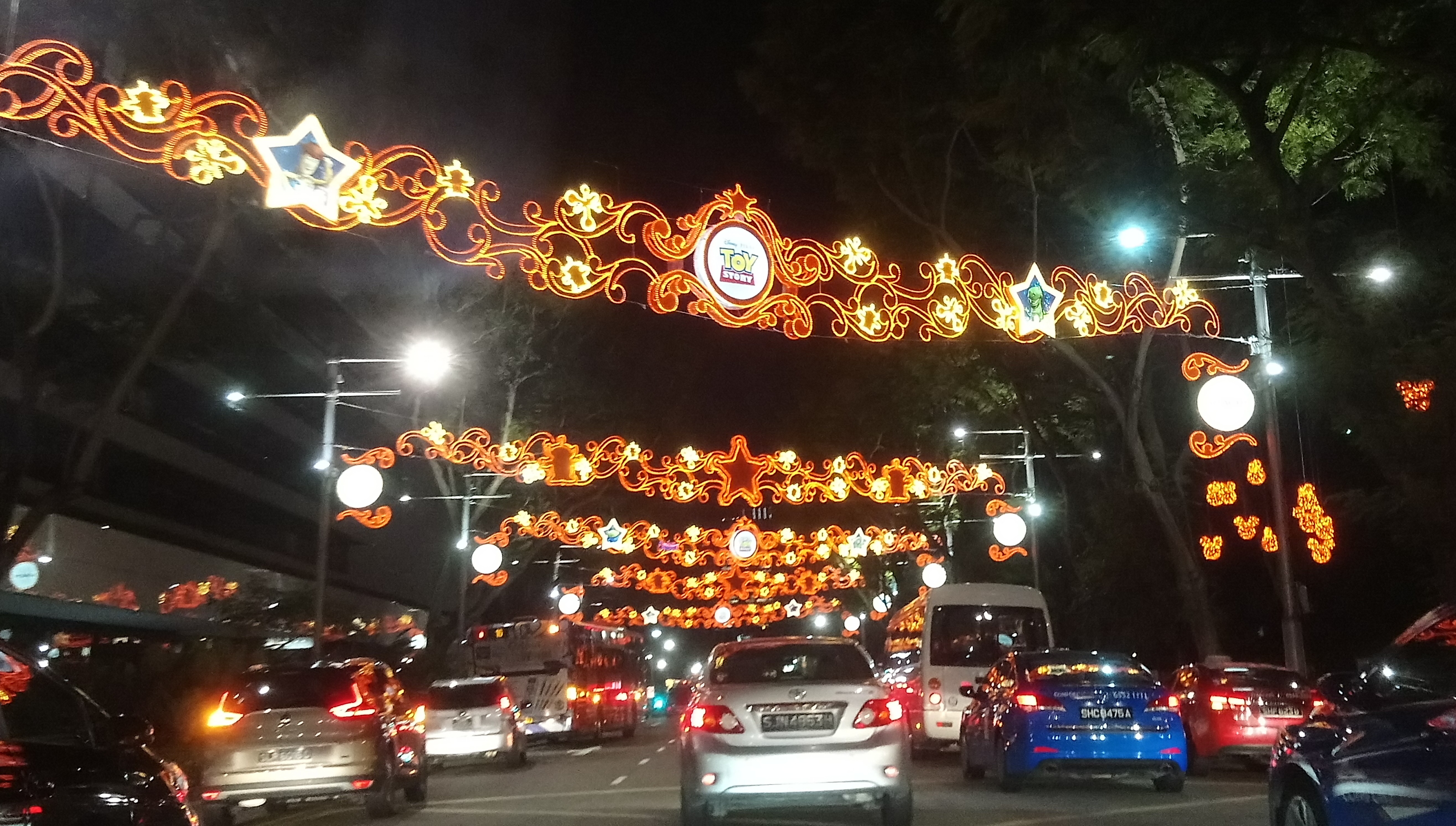 These shaky cellphone pictures from a moving vehicle really don’t do justice to the Christmas lights. The theme, which some have questioned as being un-Christian, is ‘A Disney Christmas’.

But what struck me was how, a three-minute drive from the end of the shopping belt, we came across this other light up for Diwali or Deepavali – the Hindu Festival of Lights, in Little India in Serangoon Road. 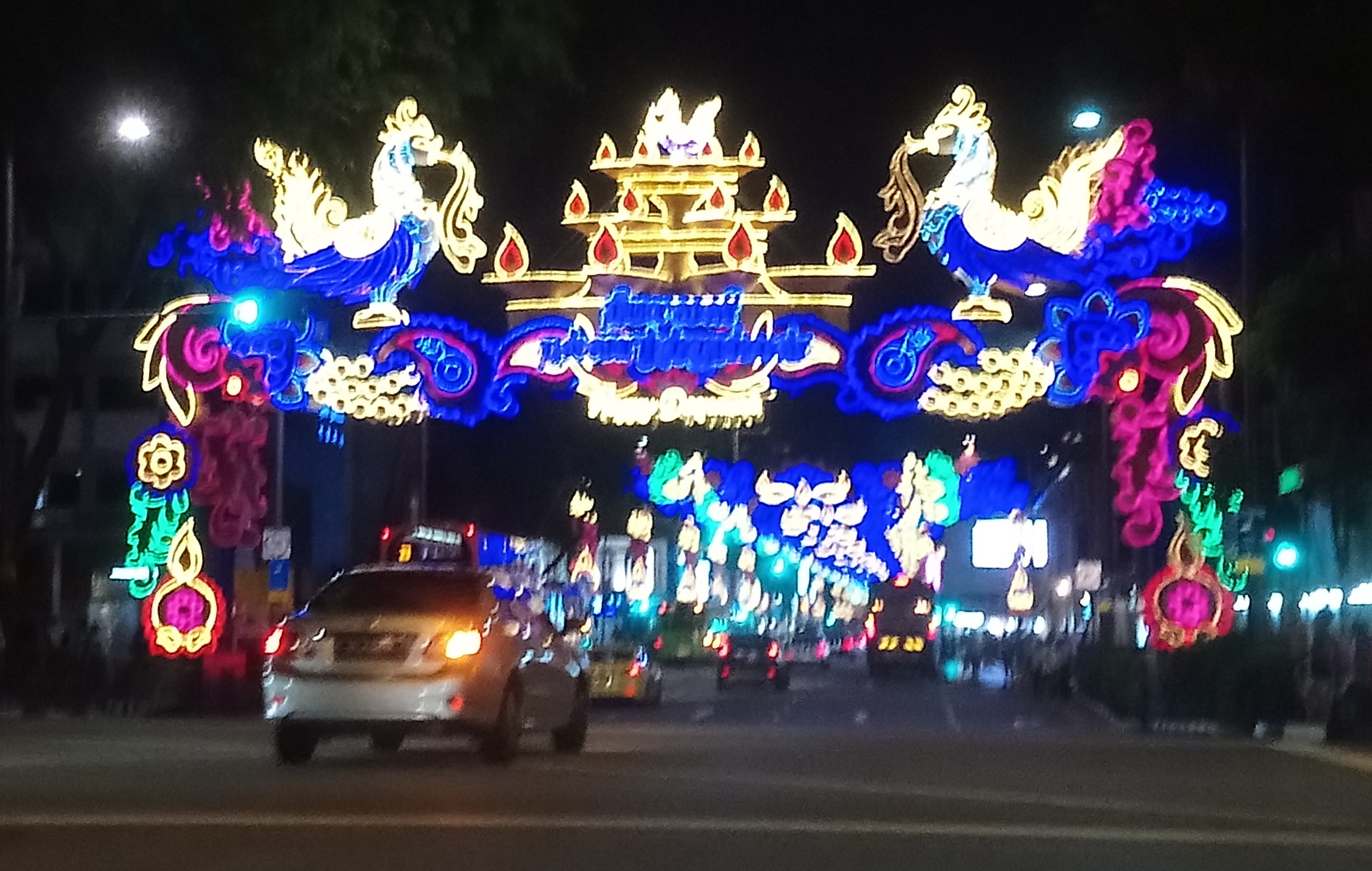 This festival celebrates the triumph of good over evil, knowledge over ignorance and light over darkness.

How wonderfully brilliant that two diverse festive occasions can be celebrated peacefully and harmoniously almost side by side.

60 or so years before Asians became apparently crazy and rich, some better-off families hired female helpers from China as live-in nannies or daily helpers. They were called ma-jie or mother-older sister, a respectful term that combines two salutations for elder female family members.

Ma-jie were typically dressed in a white mandarin-collared loose top over loose black pants. They usually had their hair neatly pinned in a bun, or in a single long plait. They were loyal, dependable and, in many instances, integral members of the families they worked for.

Many took vows of celibacy, and never returned to China. They remained with their employers or shared accomodations with fellow ma-jie until their retirement or death.

In the above photo, you can see a ma-jie washing clothes. A lady’s Peranakan attire is drying on a clothesline; not an uncommon scene in an employer’s courtyard.

But here’s the full picture. 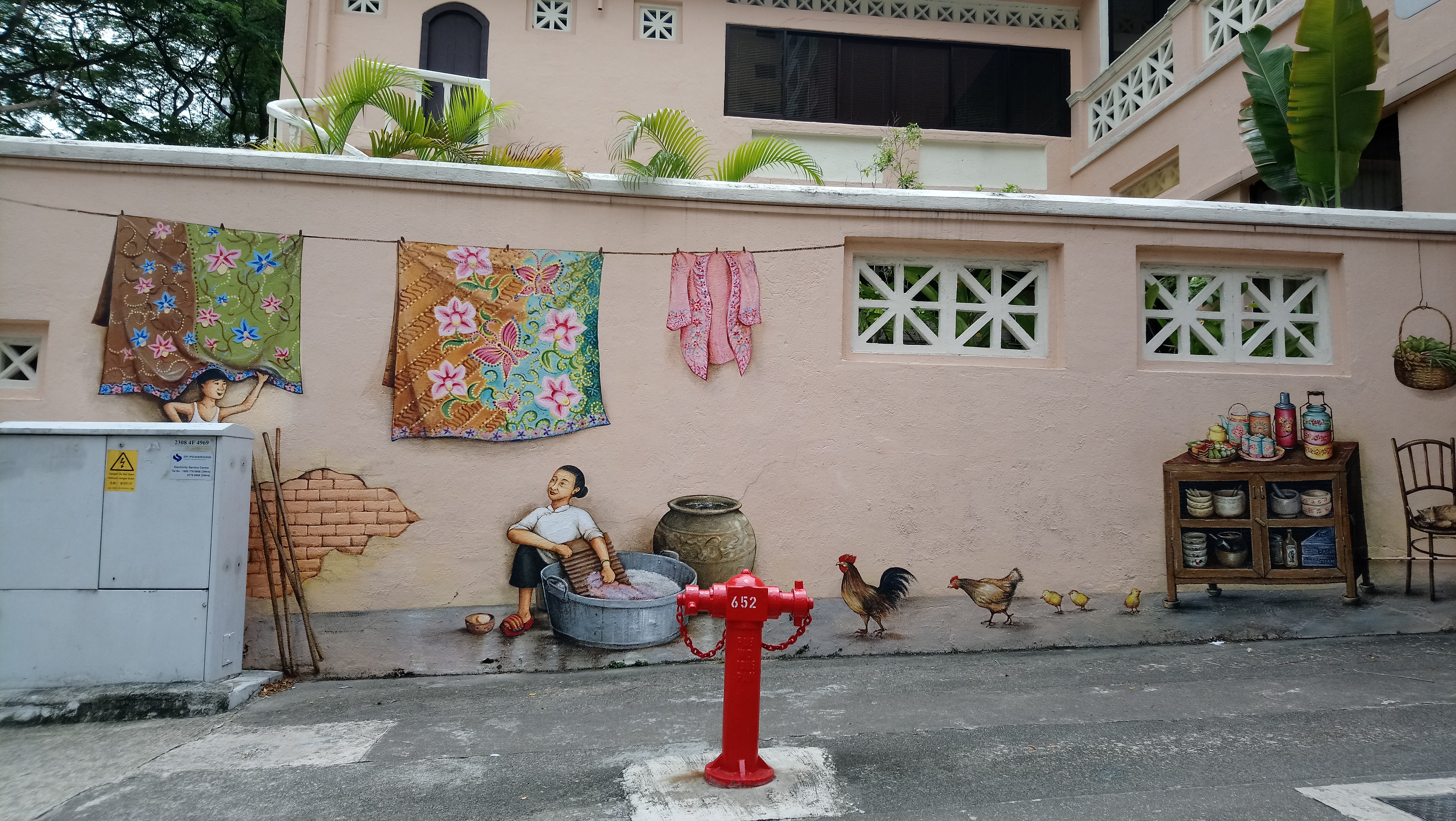 This is a mural I came across in Singapore. It was so realistic I stood for quite a while just admiring it.