I’ve been tagged to participate in the Three Quotes, Three Days Challenge by the Irish Procrastinator and windsofchange18. To participate, I should thank the nominator (thank you, both!) and come up with three quotes – one a day for three consecutive days – and nominate three other bloggers each day to fulfil the same task.

Now here’s where I’m going to take some creative liberties. Because attempting to choose six bloggers each day will annihilate my decision-making cells, I am going to nominate one blogger each day. Each of them is a new friend who has stopped by to say hi, so thank you for visiting and I hope you will enjoy this fun challenge. I assure you wholeheartedly there is no obligation to participate if you’d rather not. And we’ll still be friends. I think.

May or may not. There is also to may.

Here’s my quote for Day One: 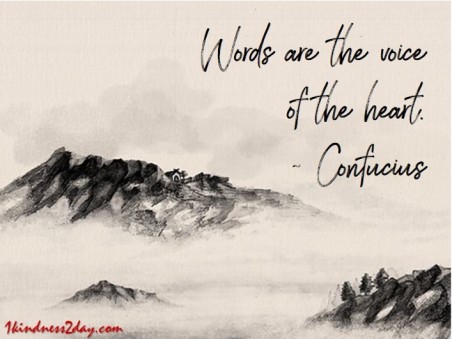 Have a happy day! 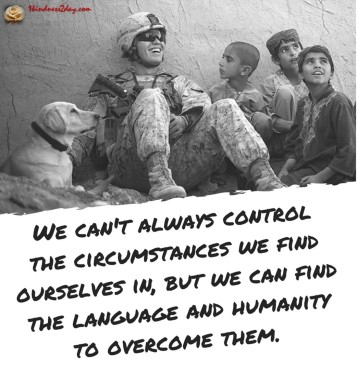 This heart warming story was on the news so I thought I’d share it with you.

An elderly resident living in an apartment block recently had stomach surgery. Alone, hungry, in pain and unable to walk to the nearby market to get her meal, she turned to the only person within calling distance: the cleaner, Mr Kalam.

Mr Kalam, a foreign national, had worked as a cleaner in the neighbourhood for ten years and was a familiar face to many of the residents. While washing the common corridor outside of the lady’s unit, he heard her call out to him. She told him she had no food; could he buy some for her?

Mr Kalam did one better. He hurried to where he’d kept his belongings – a good ten minute walk away – and fetched his own homecooked lunch of curry and rice. Wanting to hurry back to the lady, he borrowed an e-scooter from another resident.

And was stopped by passing policemen.

Because cleaning crew are not allowed to use e-scooters, for their own and the residents’ safety, Mr Kalam had some explaining to do. Fortunately, the policemen were understanding and sent him on his way.

The elderly lady got her lunch and the police featured Mr Kalam on their Facebook page. Mr Kalam, whose supervisor credits him as one of the kindest men he’s ever met, received a letter of commendation from the Member of Parliament for that neighbourhood.

Thank you, Mr Kalam. I am humbled.

Years ago, when I was still at primary school, the family was scrambling around getting breakfast and packed lunches ready one morning. Amid the usual chaos of looking for items that only ever go missing at that hour, came the banging on the front door.

It was Sally, who lived six houses away, and she was frantic.

“Have you seen my mother?”

None of us had. Apparently, Aunt Lannie (everybody called her that) had been left alone at breakfast for mere minutes while her caregiver fetched more coffee or whatever it was she’d asked for. Those minutes were all it took for Aunt Lannie to disappear. Her family had looked everywhere at home and were in the process of expanding the search area, leading them to us.

I remember my annoyance that the school bus arrived at this critical point of developments, and we kids were herded up the bus. We would learn the rest of the story after school.

While waiting for the police to arrive, the menfolk had decided to spread out on foot, out of the neighbourhood and towards the city centre. My father took the path that would lead to the sports centre: an open track with a soccer pitch in the middle, spectator stands at one end and exercise stations at the other. This centre was a 15-minute drive from our home, making it unlikely that Aunt Lannie would have ended up there.

Yet, there she was. My father recalls his shock at seeing her sitting in the sand pit used for long jumps. How she got there in her nightclothes and one slipper, no one ever knew. My father’s problem then was how to get her home. He had no mobile phone, no coins for the payphone and, other than carry Aunt Lannie home, the solution was to flag down a charitable passing motorist.

At this point, I should explain that Aunt Lannie was 75 years old and had Alzeimer’s. She required round-the-clock supervision, hence the caregiver. On a good day, she might engage a neighbour in a lucid, normal conversation, but on a bad day, she would yell at whoever was passing to “take me home”. We could only assume she intended to head “home” when she went missing.

My father managed to stop a passing cab. He admits to some relief that he could honestly assure Aunt Lannie repeatedly he really was taking her home, particularly when she started fussing about being in the unfamiliar vehicle with two strange men. He also admits to panic when Aunt Lannie relieved herself fully in the cab.

Anyway, by the time I returned from school, Aunt Lannie had been lovingly bathed and seen to by her doctors. My father, the driver and some neighbours had cleaned out the cab, and I learnt that my father had actually taken every side road and back lane on his way to the sports centre.

I still remember that strange feeling that wrapped around everyone that evening when returning neighbours were told about the incident or spoke about their roles in it. There were no recriminations about how Aunt Lannie managed to sneak away, no “should haves” or “why didn’t yous”. There was only quiet gratitude that everything turned out well. And that strange feeling? I’m going to call it the spirit of a community that came together when a neighbour was in need.

April is the month of my father’s birthday, so I’ve decided to post one or two stories about him. I can’t verify any of these, but folks still talk about his exploits. He, on the other hand, pretends they never happened.

Years ago, when he was considerably younger, my father cycled to work. On this particular evening, he was cycling home when he heard an almighty crash behind him, and felt a warmish whoosh. He remembers panicking because he had no idea what had happened. He thought if he moved, whatever it was might happen to him too.

It was the scream and the thud that made him alight and turn around.

In the uncovered drain that still runs alongside the road, lay a young girl who had been hit by a car. The car, which had been travelling in the opposite direction, had been hit by a bus (the crash my father heard). The impact sent it across three lanes to hit the girl, who had been walking on the pavement, just steps behind my father. The car was upside down several metres away.

My father has never said much about what happened next, only that others checked on the driver and the passengers in the bus. The terrified girl (let’s call her Anne) kept crying and asking him to call her mum, so he got the number and went knocking on the doors of nearby houses (cell phones were a rarity then). He’s referred to this as the hardest call he’s ever made because he didn’t know how to soften the news, and he felt the mum’s anguish down the phone.

The emergency vehicles arrived and the casualties were attended to. Because Anne’s mum had yet to arrive, my father rode in the ambulance with Anne, after ensuring that the police officers would update her mum. I remember my father calling home from the hospital, then being really late for dinner. He was also missing his bicycle which, to this day, no one knows where it went.

I remember coming home from school about three weeks later and finding a family of five in the living room. It was Anne, her parents and siblings. She had a cast and healing bruises but was recovering well.

Turns out, the family had returned to the accident site to talk to the homeowners in order to locate my father because all they had was his name. Eventually someone told them where they thought he lived.

Anne revealed how he’d climbed into the drain to sit beside her after making that call, and kept her calm by telling stories about nothing in particular. It had meant the world to a frightened young girl, and the parents had wanted to thank him personally. His reply? Anne needed someone and she reminded him of me.

Today, our families still get together on festive occasions. There are grandkids now, and Anne’s mum still tells the story of how Anne first met the kind uncle.

Here I am at Day 3 of the challenge!

It would have been so easy to download three quotes and present them as a fait accompli. But I realised this little task has made me think about words that have made a difference in how I live my life. So I do thank the incomparably hilarious An Irish Procrastinator for this opportunity for some overdue personal reflection.

To participate, I had to:

– post one quote each day for three consecutive days

– nominate three bloggers each day to continue the challenge.

Please don’t feel compelled in any way to participate if you’d rather not.

Have a wonderful weekend!

Yesterday, the fabulously funny Irish Procrastinator zinged a challenge my way to participate in this Three Days, Three Quotes challenge. I was to:

– thank the person who nominated me;

– post three quotes, one a day, for three consecutive days;

– nominate three others to do the same each day.

Being in a spectacularly zen mood (long weekend ahead and all) I accepted. Thank you so much, Irish Procrastinator, for getting me off my butt to do something fun and meaningful … wait, I’m on my butt writing this. Hmmm.

Today is Day 2, and here is my quote:

If you’d prefer not to take part, that’s completely ok. Enjoy this quote.

Have a blessed weekend, everyone!

My delightfully friendly procrastinator blogger pal – yes, you, Confessions of An Irish Procrastinator – blithely tagged me to complete a challenge: thank the nominator, come up with three quotes, one a day for three consecutive days, and nominate three other bloggers each day to fulfil the same task.

Now, I slink away from awards because they make me uncomfortable. But sharing quotes that have impacted me and helped shape my value systems? That I think I can do.

I have a tremendous respect for Dr Angelou’s work and I love this quote, which has guided my interactions with others. I hope I’ve never made anyone who knows me feel anything less than positive.

My nominations to continue this challenge are:

I totally understand if you choose not to participate. If you do, have fun!

PS ~ Thank you, Irish Procrastinator, for sending this fun opportunity my way.