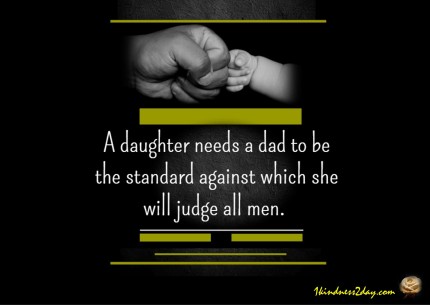 April is the month of my father’s birthday, so I’ve decided to post one or two stories about him. I can’t verify any of these, but folks still talk about his exploits. He, on the other hand, pretends they never happened.

Years ago, when he was considerably younger, my father cycled to work. On this particular evening, he was cycling home when he heard an almighty crash behind him, and felt a warmish whoosh. He remembers panicking because he had no idea what had happened. He thought if he moved, whatever it was might happen to him too.

It was the scream and the thud that made him alight and turn around.

In the uncovered drain that still runs alongside the road, lay a young girl who had been hit by a car. The car, which had been travelling in the opposite direction, had been hit by a bus (the crash my father heard). The impact sent it across three lanes to hit the girl, who had been walking on the pavement, just steps behind my father. The car was upside down several metres away.

My father has never said much about what happened next, only that others checked on the driver and the passengers in the bus. The terrified girl (let’s call her Anne) kept crying and asking him to call her mum, so he got the number and went knocking on the doors of nearby houses (cell phones were a rarity then). He’s referred to this as the hardest call he’s ever made because he didn’t know how to soften the news, and he felt the mum’s anguish down the phone.

The emergency vehicles arrived and the casualties were attended to. Because Anne’s mum had yet to arrive, my father rode in the ambulance with Anne, after ensuring that the police officers would update her mum. I remember my father calling home from the hospital, then being really late for dinner. He was also missing his bicycle which, to this day, no one knows where it went.

I remember coming home from school about three weeks later and finding a family of five in the living room. It was Anne, her parents and siblings. She had a cast and healing bruises but was recovering well.

Turns out, the family had returned to the accident site to talk to the homeowners in order to locate my father because all they had was his name. Eventually someone told them where they thought he lived.

Anne revealed how he’d climbed into the drain to sit beside her after making that call, and kept her calm by telling stories about nothing in particular. It had meant the world to a frightened young girl, and the parents had wanted to thank him personally. His reply? Anne needed someone and she reminded him of me.

Today, our families still get together on festive occasions. There are grandkids now, and Anne’s mum still tells the story of how Anne first met the kind uncle.

Observing life. Living life. Celebrating life. Commenting on life. One kind act at a time. View all posts by 1kindness2day

This site uses Akismet to reduce spam. Learn how your comment data is processed.